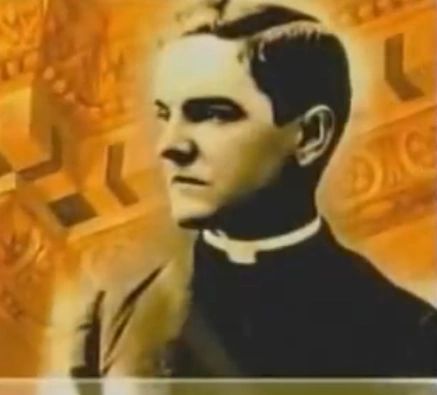 Fr. Michael J. McGivney would be first American-born priest to be declared a saint


New Haven, CT - March 16, 2008 -  Pope Benedict XVI Saturday approved a decree recognizing the heroic virtue of Father Michael J. McGivney, founder of the Knights of Columbus. The pope's declaration significantly advances the priest's process toward sainthood and gives the parish priest the distinction of "Venerable Servant of God." If canonized, Fr. McGivney would be the first American born priest to be so honored.


Worried about the religious faith and financial stability of immigrant families, Father McGivney founded the Knights of Columbus with the help of several men of St. Mary's Parish in New Haven in 1882 to help strengthen the faith of the men of his parish and to provide financial assistance in the event of their death to the widows and orphans they left behind. He was also known for his tireless work among his parishioners.


Born in Waterbury, Conn., Aug. 12, 1852, Michael Joseph McGivney, was the first of Patrick and Mary (Lynch) McGivney's 13 children, six of whom died in infancy or early childhood. His parents, natives of Ireland, had immigrated to the United States during the 19th century. Patrick was a molder in a Waterbury brass mill, where Michael himself worked for a brief time as a child to help support his family.


From an early age, however, he realized a calling to the Catholic priesthood. After studying in several seminaries, he was ordained in that Baltimore's historic Cathedral by Cardinal James Gibbons Dec. 22, 1877. He took up his first assignment, as curate at St. Mary's Church, New Haven, Conn., Jan. 2, 1878. Father McGivney was named pastor of St. Thomas Church in Thomaston, Conn. in 1884. He became seriously ill with pneumonia in January 1890, and died Aug. 14, 1890 at age 38.


The cause, or process, for Father McGivney's sainthood, was opened by Hartford Archbishop Daniel A. Cronin, in December 1997. The cause was presented to the Vatican in 2000, where it has been under review by the Congregation for the Causes of Saints. With the pope's recent decree, and the authentication of a miracle at Father McGivney's intercession, the priest could be beatified. A second miracle would be required for canonization.


Still maintaining its headquarters in New Haven, the Knights of Columbus is the world's largest Catholic Fraternal Organization with more than 1.7 million members in the United States, Canada, Mexico and Central America, the Caribbean islands, the Philippines, Guam and, most recently, Poland.